Warning: Trying to access array offset on value of type null in /homepages/41/d127814990/htdocs/beanitcouk/wp-content/themes/enfold-child/cookie.php on line 158
Computer & IT Help

Unless you live in a world without television, radio and internet; I’m sure by now you are aware that a new version of Windows has “hit the streets”!

To Microsoft it’s a big deal! So big in fact, that it has been backed by a reported $1 billion advertising budget across all media platforms. See the above included TV ad.

From evolution to revolution

Up until now, previous releases of Windows have been along the lines of evolution rather than revolution. Windows 95 was not a million miles away from Windows 7 with its desktop layout. With Windows 8 however, Microsoft has gone for a more radical approach. They have ditched the desktop and replaced it with what they term a “Modern UI” (user interface). If you’ve ever used a Windows Phone before, it will look very familiar.

Of course no operating system is complete these days without the obligatory app store to accompany it and Microsoft has finally entered the market with the imaginatively titled ‘Windows Store’.

New PC’s are now carrying Windows 8 as standard, but is upgrading existing machines to the new operating system essential? No, not at all, in fact the distinctly middle aged Windows XP is still the operating system of choice for many businesses. That said, with XP no longer supported by Microsoft, now might indeed be the time for an operating system upgrade though, but rather than taking a leap into the dark with Windows 8 it may now be time to reconsider Windows 7 if that’s an option.

Why Windows 7 you may ask? Well Windows 7 has been out for a few years now and has grown into a very secure and stable platform. Microsoft recently announced that it will support the operating system to 2020 so it has some longevity too. Add to that the fact that the Windows 7 user experience is much closer to XP than the new Windows 8, then if you are using XP, the transition may be a lot smoother.

If you like the idea of having a user interface that crosses your businesses mobile phones, computers and tablets (don’t forget ‘The Surface’, Microsoft’s iPad alternative to the iPad is on its way), then Windows 8 may be for you. As with any operating system advancement, the hardware requirements can change and with Windows 8 this is no exception. Minimum system requirements are slightly higher than those for Windows 7 and significantly higher than those for XP. Therefore the first step is to ascertain if your existing system is suitable to run Windows 8, and if not what would be required to bring it up to specification, that may be as simple as increasing the memory or at the other extreme purchasing a complete new unit. Why not ask BeanIT to look at it for you?

So finally, whether you want to join the early adopters and jump on the Windows 8 bandwagon or you’re just looking to plan for XP’s retirement after it’s many years of surface and look to the tried and tested Windows 7, give BeanIT a call on 01827 68613 and we’ll help you make the right decision for your business!

The Crypto locker virus and why you should care 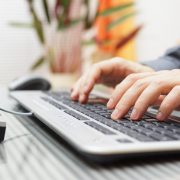 Reduce your IT charges by utilising remote support

5 reasons why you should consider using Microsoft Office 365

The ins and outs of VOIP