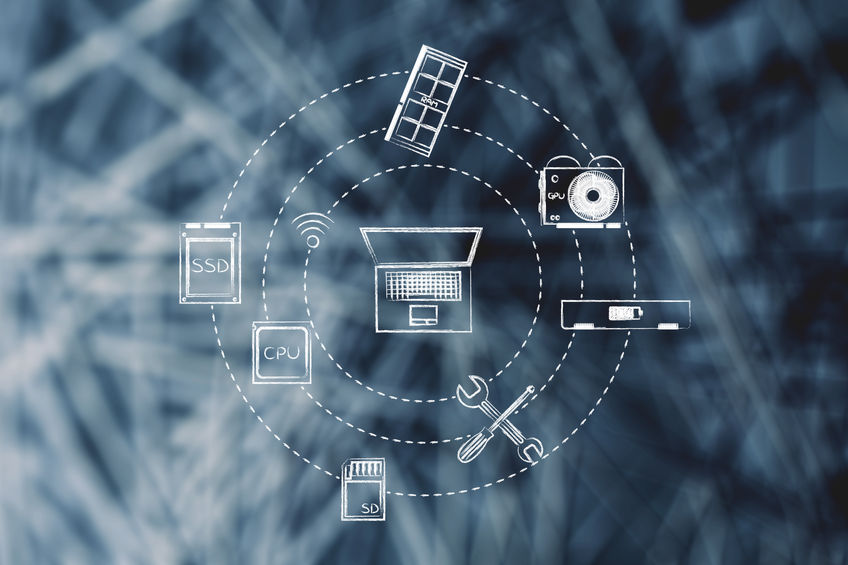 What are Solid State Drives?

Solid state drives (SSD) are a faster, more reliable, and efficient way of storing data on your server, PC, or laptop than the standard hard disk drive (HDD) you probably have at the moment.  To understand why SSDs are so good, let us take a look at how data is stored on your systems at the moment.

HDDs store data using magnetic platters which are spinning disks that store your data, and read write heads which write and retrieve data.  All these parts move and generate heat.  When data is accessed or stored, this is handled by the heads and the platters.  Moving parts mean the drives eventually wear out and they are prone to interference from magnetism.  They can also be quite noisy.

Unlike their bigger and bulkier HDD cousin, SSDs store data on flash chips contained within the drive casing.  They work a little like a standard pen drive but are far more sophisticated.  Like your pen drive they can store data without being powered.  As they have no moving parts, data access and retrieval is far quicker than HDDs, and there is nothing to wear out and as such are more reliable.  They are also impervious to magnetism interference.

Why do new PCs and Laptops still use HDDs?

The only drawback with SSDs is that they are high cost compared to their older counterpart.  This is why many PCs and laptops still rely on HDDs for data storage.  Costs become a factor for storage capacities over 512 GB and for this reason; businesses often opt for a hybrid system of SSDs and HDDs.  That said, servers, PCs, and laptops running on SSDs are lightning fast and equally reliable.

Size does matter when it comes to drives.  The smaller the better and SSDs are smaller than HDDs thanks to their lack of moving parts.  This means that space is increased in your server, desktop or laptop.  The biggest SSD drive is 2.5” which is the size of the average laptop HDD.  Freed up space can be utilised in server configurations and as they are lighter, make a perfect fit for laptops.

If you have large applications that require a lot of processing power, an SSD considerably helps your business run faster and smoother, and it will be more reliable as well from an IT perspective.

Upgrading to SSD is a relatively straight forward process and we can handle the whole operation from start to finish.  To discover more about the business advantages SSD brings, call 0121 667 8977 or email info@beanit.co.uk and tell us about your business.  We will show you how much faster and reliable it could be, allowing you to be more productive and agile.